Sonnet Ireland grew up hearing stories about her Uncle Joe –– a bear-fighting poet who stood up to authority and always believed in the power of libraries. Joe Ireland was Sonnet’s godfather and the two were very close, but Sonnet never had the pleasure of knowing him when he worked for the New Orleans Public Library.

“I’m the baby of the family. My mom had me very late in life, and most of my cousins are at least a decade older than me. So, they would tell me stories about going to see Uncle Joe at the Library and how fun it was,” Ireland said. “But by the time I knew him, he was already retired.”

Joe worked at the Library for over a decade, including as manager of both Norman Mayer and Algiers Regional Libraries. His love for Algiers Regional in particular was strong, and he was always looking for ways to bring new people in. And that’s where the bear comes in.

“My whole life, we’ve always had a photo of him wrestling a bear, but I was never really clear on why or how it happened. All I knew was that it happened in a mall, and I guess I just always assumed, ‘Well, weird things used to happen at the mall, maybe that was one of them,’” Sonnet said, laughing. “I wouldn't have believed it if he hadn't had pictures.”

After years of wondering, Sonnet’s curiosity got the best of her, so she reached out to the New Orleans Public Library’s City Archives and Special Collections to see if they could help her piece the story together. Sonnet got in touch with archivist Brittanny Silva, who dove into the project, answering her question and helping her to reconnect with her beloved Uncle Joe, who died in 2012.

A Neighborhood Treasure Since 1907 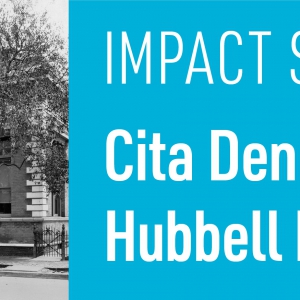 Nestled within the historic Algiers Point neighborhood, Cita Dennis Hubbell Library is almost always buzzing with activity and is widely considered one of the defining features of the community. The quaint, one-room building sits on Pelican Avenue and is the New Orleans Public Library’s oldest operating location. Originally called the... (More) 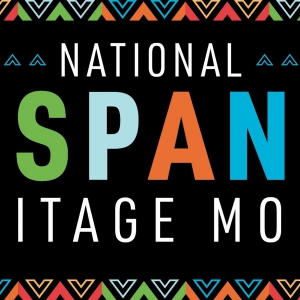 Sonnet Ireland grew up hearing stories about her Uncle Joe –– a bear-fighting poet who stood up to authority and always believed in the power of libraries. Joe Ireland was Sonnet’s godfather and the two were very close, but Sonnet never had the pleasure of knowing him when he worked... (More)

Teens, make your voice heard at the first meeting of our new virtual Teen Advisory Board (TAB). Share your thoughts about how the Library can better serve you. Introduce yourself, ask questions, and plan for future monthly meetings. Tell us what you want out of your Library experience. Help plan... (More)

What must die for life to be worth living? What does truly living look like? These are the questions artist Marta Rodriguez Maleck seeks to pose in her new installation, “Vivir es Morir,” which is currently on display at the New Orleans Public Library’s Main Library. Combining sculpture and audio,... (More)